The 60 Four is a four-piece vocal group who are presenting the hottest, freshest 60s tribute act. Backed by a spectacular nine-piece band, these  young men dazzle audiences with the best of the golden era. Think The Beatles, Frankie Valli and the Four Seasons, The Beach Boys. The Bee Gees, Johnny O’Keefe, and Elvis Presley.

A vocal and visual treat.

“The 60 Four are Adelaide’s boy band, but could own the stage anywhere in Australia. A return to the best of 60s, executed brilliantly!” 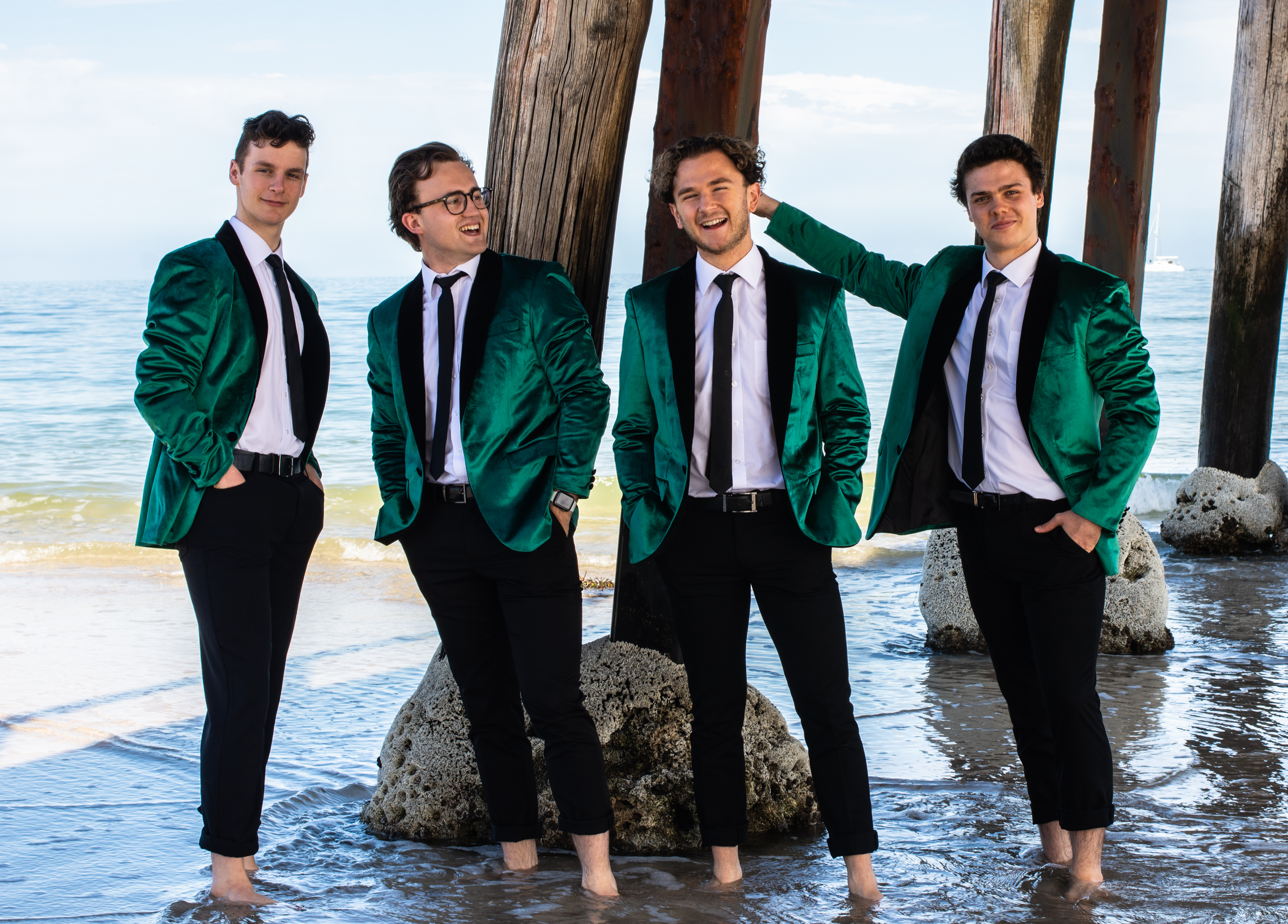 We perform to over 5000 people every year, in locations all over Australia.

We take our art seriously. Over 99% of our audiences would recommend our show to a friend.

Year on year we have consistently produced a high-calibre production that has kept audiences coming back year after year. Six, to be exact.

See us in action.

Want to see us do our thing? We will be performing in Perth, Adelaide and in nine locations all over South Australia between February and April 2022.

That’s right. A slice of the ’60s is coming to a theatre near you.